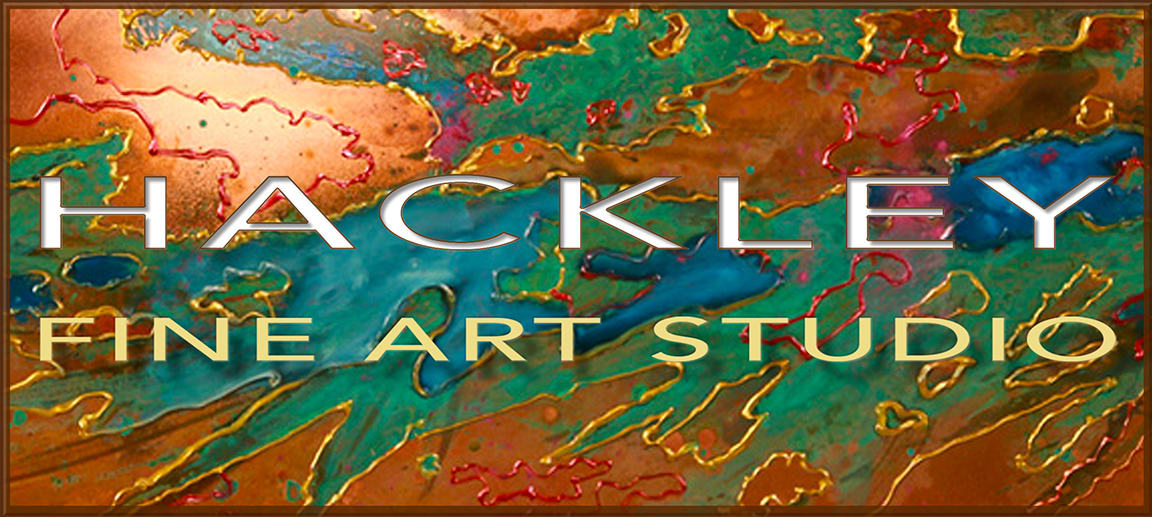 Stephen Kenneth Hackley is a native of Des Moines, Iowa who moved to Texas at the age of 4.

Taking art classes in school was a beginning for Stephen, including achieving a major art award at the young age of 14, but he did not immerse himself into his career as a painter until the mid-90's after becoming inspired by the work of renowned American subliminal artist Jim Warren. He came to know Warren in Clearwater, Florida where he watched him paint daily for several months, and then struck out to find his own way.

“I am really interested in evoking an emotional response from my work using color, motion, texture and form and even elements such as rock and metal right on the canvas. I want my art to touch people and bring some beauty and joy into their surroundings. I truly believe the essence of what an artist does is create.”

Stephen has shown work in both the Ft. Worth and Dallas Petroleum Clubs as guest artist. He was twice given the distinction as one of the top 50 floral painters in the world by the Susan Kathleen Black Foundation, where twice his work traveled to galleries and museums across the US with the exhibits. He has a 7-panel reproduction spanning 15 feet wide and a 12 foot original both purchased by the M Crowd (owners of Mi Cocina Restaurant) in the Mi Cocina in the Ft. Worth Hulen area. He has been invited to Art Monaco and shown the Redwood Media Group's family of world-renowned art shows, of which he participated in the ArtExpo New York in April of 2017.

Stephen has shown in a number of juried outdoor art shows and taken Best of Show honors. Some of these shows include the St. James Court in Louisville, KY, the Paseo Art Show and Festival of the Arts shows in Oklahoma City, Inc 500's Fine Art Shows in Dallas, and many other art shows in Texas, Oklahoma, Illinois, Kansas, Nebraska, Louisiana and Tennessee.

His work has also been represented by the Main Street Gallery in Aspen, CO and in Orison's in McKinney, TX.

She worked in the Corporate Hotel industry, such as the Four Seasons and Princess Hotels. She then spent 25+ years in sales, and is now a marketer in the commercial construction industry. Pamela has also worked with Stephen with his art for 15 years.

They have been married 35 years and have 2 sons, Trevor and Jonah.

The presence of this badge signifies that this business has officially registered with the Art Storefronts Organization and has an established track record of selling art.

It also means that buyers can trust that they are buying from a legitimate business. Art sellers that conduct fraudulent activity or that receive numerous complaints from buyers will have this badge revoked. If you would like to file a complaint about this seller, please do so here.

The Art Storefronts Organization has verified that this business has provided a returns & exchanges policy for all art purchases.

Returns Our policy lasts 15 days. If 15 days have gone by since your purchase, unfortunately we can’t offer you an exchange. We offer exchanges only on damaged merchandise. We do not offer refunds. We only replace items if they are defective or damaged. If you need to exchange it for the same item, send us an email at stephen@stephenhackley.com and send your item to: 2106 Baltimore Drive Richardson Texas US 75081. To be eligible for an exchange, your item must be unused and in the same condition that you received it. It must also be in the original packaging. To complete your return, we require a receipt or proof of purchase. There are certain situations where returns are not granted (if applicable). Any item damaged for reasons not due to our error cannot be exchanged. You must file a claim with the shipper (UPS, USPS, Fedex etc.). Any item that is returned more than 15 days after delivery Once your return is received and inspected, we will send you an email to notify you that we have received your returned item. We will also notify you of the approval or rejection of your exchange. If you are approved, then your exchange will be processed, a replacement will be sent to you at no extra shipping charge and a credit will automatically be applied to your credit card or original method of payment, within a certain amount of days for the reasonable shipping you incurred. YOU MUST PROVIDE A VALID RECEIPT FOR YOUR SHIPPING CHARGES. You must also send the item back to us using standard ground shipping (USPS First Class, UPS Ground, etc.). Do not overnight or express ship it to us. We will not credit more than it cost to originally ship the item to you. Late or missing refunds for shipping fees. If you haven’t received a refund yet, first check your bank account again. Then contact your credit card company, it may take some time before your refund is officially posted. Next contact your bank. There is often some processing time before a refund is posted. If you’ve done all of this and you still have not received your refund yet, please contact us at stephen@stephenhackley.com. Shipping To return your product, you should mail your product to: Stephen Hackley Studios 2106 Baltimore Drive Richardson Texas US 75081 Depending on where you live, the time it may take for your exchanged product to reach you, may vary. You are responsible for getting the merchandise for exchange to us. Therefore, be diligent in sending back anything for exchange so that in the case of the item not reaching us you can file a claim with the carrier.

This website provides a secure checkout with SSL encryption.

The Art Storefronts Organization has verified that this Art Seller has published information about the archival materials used to create their products in an effort to provide transparency to buyers.

We use only acid free canvas and archival pigmented inks. Our canvas for Limited Editions is a thick 350 gsm 2x1 19 mil, Ph-neutral, poly-cotton canvas that's perfect for photo or art reproduction. Combined with OEM archival water-based inks and the glossy surface, this canvas will yield the maximum color saturation, contrast and longevity available today.

Your cart is currently empty.

This is only visible to you because you are logged in and are authorized to manage this website. This message is not visible to other website visitors.

Below, select which favorite lists you would like to save this product into.

This means you can use the camera on your phone or tablet and superimpose any piece of art onto a wall inside of your home or business.

To use this feature, Just look for the "Live Preview AR" button when viewing any piece of art on this website!

Enter your email below and we'll email you a 20% OFF Coupon right now!

This offer is valid for NEW CUSTOMERS only!